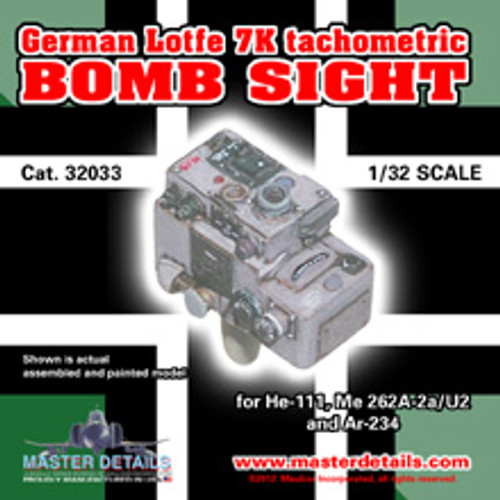 The German Lotfe 7K tachometric bomb sight was a prime example of mechanical computer technology and equiped many of the famous Luftwaffe bombers that flew throughout the war. Aircraft such as the Messerschmitt Me 262 and the Arado 234 carried examples of this deadly accurate mechanical bomb sight while other versions were carried by the Heinkel He-111, Junkers Ju-88 and Ju-188. Reproduced in exacting detail, this kit complements any 1/32 versions of these aircraft and add realism to your scale model build.