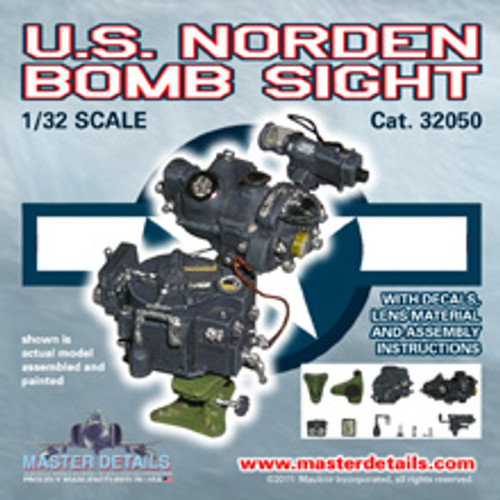 The famousNorden bomb sight used by United States forces in World War 2 was a top secret marvel of mechanical computing that made high level precision bombing possible. Such is the case in all kits, no matter the scale, where the limitations of injection molding results in simplified bomb sights that aren’t much more than basic shapes. We think the Norden deserves better, especially since its right up there under those clear noses where you can see it! Master Details is proud product #32050: U.S. Norden Bomb Sight in accurate 1/32 scale. This 11 part kit cast in premium grade polyurethane resin and complete with decal, clear reflector sight lens and assembly instructions, is as accurate as we could make it. In addition, we’ve modeled a complete and operational Norden sight that isn’t missing the attachments absent from the museum examples. Now you can add this important detail to your favorite bomber model.