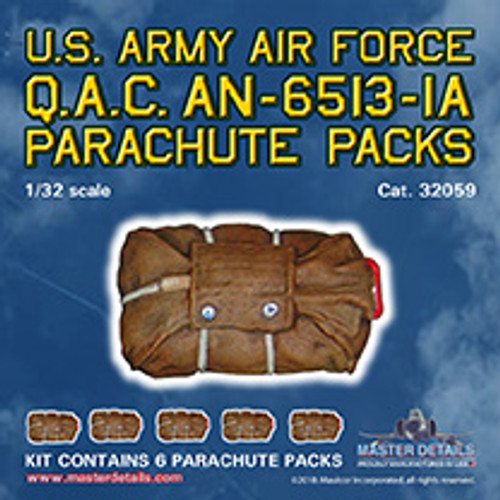 Bomber crews in World War Two wore cumbersome flight gear and operated in confined spaces to say the least. The Quick Attachable, Chest AN-6513-1A Parachute System was designed to allow flight crews more freedom of movement by eliminating the necessity to wear the back pack parachute systems of the day. The Q.A.C. AN-6513-1A parachute packs could be stored out of the way of the crew while still attached to the harness they were wearing by a lanyard for easy retrieval. Oftentimes the packed parachutes were left in the aircraft when not in flight or placed in the aircraft by ground crew when preparing for a mission.